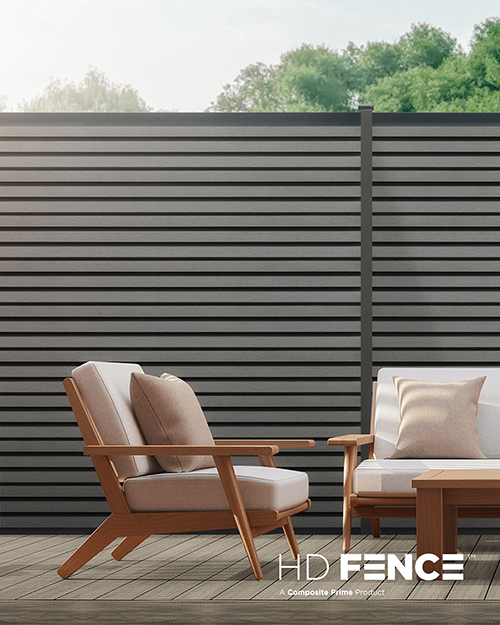 When planning projects using timber – be it domestic or industrial construction – a conversation often sparked early on in the process is which type of wood to use. There is a huge range of options, though the initial decision is often between softwoods and hardwoods. It’s often simplistic to assume these terms mean that, quite simply, the timber is hard, or soft, though it actually refers to the type of tree that the timber is forged from. The construction industry actually uses a specific measurement called the Janka Hardness Scale to rank the strength and durability of different woods – though purely in layman’s terms it can be beneficial to understand the difference as being that hardwoods tend to come from deciduous trees, while softwoods are fashioned from evergreen trees. 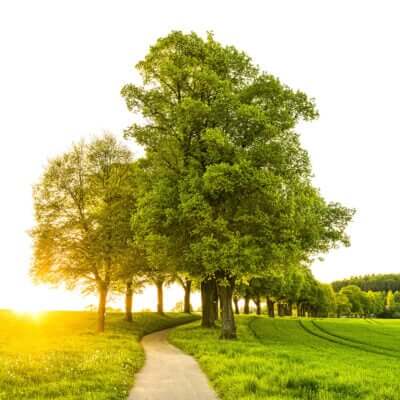 Deciduous trees shed their leaves in the autumn, essentially to get ready for the cold winters. Their leaves contain cells that ultimately act like scissors, cutting themselves off from the core part of the tree. That ‘cut’ is then closed and sealed, crucially keeping water inside the plant, and the ice, frost and cold, out. Familiar deciduous trees that are particularly striking as the leaves fall in the autumn include the autumn blaze maple, the famous red maple, the white ash trees and of course, the colossal red oaks.

These hardwoods are renowned for their strength, but also their versatility. They can be used in a huge array of projects, both internal and external. Think furniture, flooring and decking, as well as garden landscaping, cladding and various other external joinery. They are also the first choice of instrument makers who favour hardwood’s beautiful aesthetics and rich earthy tones for everything from guitar construction to the crafting of the world’s finest violins.

These benefits tend to mean hardwoods are favoured by fitters, builders and manufacturers its aesthetic appeal makes them hugely attractive to clients. Hardwoods conjure images of the autumn – warm, inviting authentic colours – the most common types used in both building projects and in bespoke joinery include Oak, Teal, Balau, Sapele, Iroko and Meranti.

Similarly, softwoods and the trees from which they hail have specific properties and characteristics too. Evergreen trees tend to have large broad leaves, often producing nuts and fruit – the most commonly recognisable being pines, spruces and firs.

So a common question for those building decks is whether to go for hardwood or softwood? Well, it really depends on the answers to an almost innumerable list of questions around the size, scale and purpose of the job at hand.

Different hardwoods have more complex structures and take much longer to grow than softwoods – they are, therefore, by definition, the more expensive option. They’ll certainly stretch the budget of any decking projects though a huge benefit of hardwood decking is that it will preserve its appearance and for many, that is key. In fact, customers plumping for hardwood decking over softwood have reported their new decks actually enhancing its appearance over time and most deck builders suggest a hardwood deck can last well over 30 years if well-maintained. As well as its durability, hardwood also has the added benefit of being more fire resistant and is generally more resistant to mould, mildew and rotting given the hardy and sturdy trees from which it is Forged.

So – hardwood sounds like a no-brainer, right? Wrong. For all its many advantages, using hardwood for decking projects, in particular, has its problems. First and foremost it is substantially more difficult to install due to its solid nature. As mentioned, it’s also far more expensive than softwood. The structural integrity of the product comes with a significant cost and for some customers, this is a bridge too far. 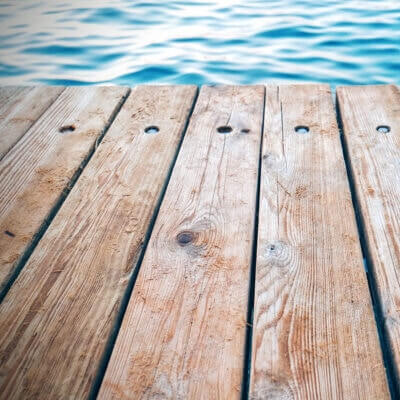 However, arguably the most significant disadvantage of using hardwood for decking projects is its requirement for regular maintenance. Most suppliers will recommend oiling your hardwood deck boards as soon as they are laid and then once every year at an absolute minimum. Oil based treatments can be hugely costly but simply preparing your hardwood deck for oiling can in itself be a trying task. Boards need to be thoroughly cleaned and brushed, as well as ideally jetwashed or pressure washed. Some hardwood deck owners use soda crystals to clean the wood, while others use dedicated chemical cleaners to rejuvenate the timber. It can be a laborious task that many consumers underestimate.

Softwood is often the preferred material for homeowners working on domestic projects, including creating decking. In fact, around 80% of the world’s timber is softwood essentially due to the fact that it lends itself well to a whole manner of projects and builds including windows, doors, furniture and fibreboard.

Probably the most significant reason for its popularity is its price point. It can be considerably less expensive than hardwood alternatives and most suppliers – particularly those offering ready-made decking kits – will offer softwood timber. The wood is made from fast-growing trees so is easily available on the market, but by definition is softer, more eco-friendly and easier to install and work with. Softwoods bring DIY deck builders or amateur home renovation fanatics into their element and with the correct tools and access to YouTube, a relative beginner could construct a modest sized softwood deck in a day – avoiding the costs of hiring deck builders and Joiners.

Though it remains hugely popular, softwood also has its downsides and as the name suggests, it is a weaker material than hardwood. This means that it’s not appropriate for high-traffic areas – for example, you’re unlikely to find large decks made of softwood timber in public places such as hotels, bars, museums, galleries and restaurants. Often regarded as a short-term solution for homeowners who want a quick and cost-effective deck without the need to worry about its appearance in 50 years time, softwoods appearance can fade over time.

We use cookies on our website to give you the most relevant experience by remembering your preferences. By clicking “Accept”, you consent to the use of the cookies.
DeclineAccept
Manage consent

This website uses cookies to improve your experience while you navigate through the website. Out of these, the cookies that are categorized as necessary are stored on your browser as they are essential for the working of basic functionalities of the website. We also use third-party cookies that help us analyze and understand how you use this website. These cookies will be stored in your browser only with your consent. You also have the option to opt-out of these cookies. But opting out of some of these cookies may affect your browsing experience.
Necessary Always Enabled
Necessary cookies are absolutely essential for the website to function properly. These cookies ensure basic functionalities and security features of the website, anonymously.
Functional
Functional cookies help to perform certain functionalities like sharing the content of the website on social media platforms, collect feedbacks, and other third-party features.
Performance
Performance cookies are used to understand and analyze the key performance indexes of the website which helps in delivering a better user experience for the visitors.
Analytics
Analytical cookies are used to understand how visitors interact with the website. These cookies help provide information on metrics the number of visitors, bounce rate, traffic source, etc.
Advertisement
Advertisement cookies are used to provide visitors with relevant ads and marketing campaigns. These cookies track visitors across websites and collect information to provide customized ads.
Others
Other uncategorized cookies are those that are being analyzed and have not been classified into a category as yet.
SAVE & ACCEPT
error: Content is protected!